Do you ever find yourself searching for just the right words to describe something but invariably come up blank?  Well, I just happen to be good friends with the QUEEN of this phenomenon, and the scary part is that I always know exactly what she's trying to say!  Even if nobody else has a clue what she's talking about, I know precisely what she means, and vice versa.

I first "met" June several years ago on a scrapbooking message board (before Scrapadilly), and our connection was immediate. We're so much alike it's eerie, so she & I have come to the conclusion that we are actually twins who were separated at birth (or shortly thereafter).  I have this picture of Momma with Andy & Jann where she's holding two little babies - one of them is me, but I never received a satisfactory explanation as to who that other "mystery" kid is, and now I'm convinced it's none other than Junebug!

Somehow she made her way to Ohio, and it took us half a century to hook back up :-)  Meanwhile, her new parents even changed her birthday, because mine is in December & hers is tomorrow!  Since I've been my normal non-productive self and failed to get a card sent, I decided I'd post a couple of layouts to celebrate her big day.

Remember that weekend when it was Dave's & my 40th Anniversary and I abandoned him to go see friends in Oklahoma City?  Well, Junebug was one of the people I was going to meet.  We had such a fantastic time - shopping & eating, napping in the middle of the day, and laughing ourselves silly . . . it was nearly impossible to believe that it was the first time I had ever met her or Drea or Jo in real life!  Unfortunately, hardly any of the pictures we got that weekend turned out well - but I just had to do a layout using them anyway.  Since the quality was so poor, I tweaked the pictures to look kind of like cartoon drawings and made a comic strip out of them.  The reason I titled it "Joe's Gals" is because June hadn't been in town an hour when she was getting kissed by a complete stranger at the sandwich shop where we stopped for lunch, and we named the stranger Joe. 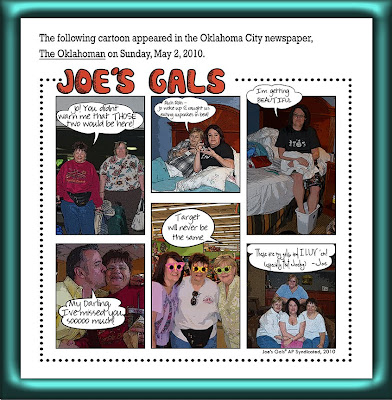 Click to enlarge.  Dialog boxes & alpha by Ana Reis (Two Little Pixels)
And this is the layout I made for June expressly for her birthday . . . the title is pretty indicative of how she communicates when she's at a loss for words. 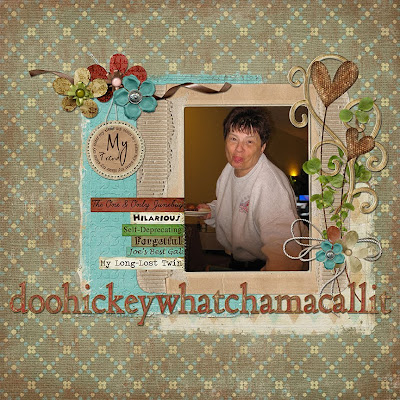 Well, with CIS Summer Program going on, I'm not sure how much time I'll have to dedicate to scrapping, but I'm sure looking forward to the upcoming crop at Scrapadilly.

This month, we're having an 8 day Slumber Party (beginning on Friday - WOO HOO!), and I can't wait to see what challenges Drea comes up with this time around.  She never ceases to amaze me with her creativity, and I invariably have a hard time choosing which ones I'm going to do.  Since I'm such a slow scrapper I never get them all done, but it's always fun trying :-)

Here are a few of the layouts I did last month (Click to enlarge. Credits for all can be found in my Flickr Gallery):

The yummy house where John & Liz & Amanda stayed when we were in Arkansas: 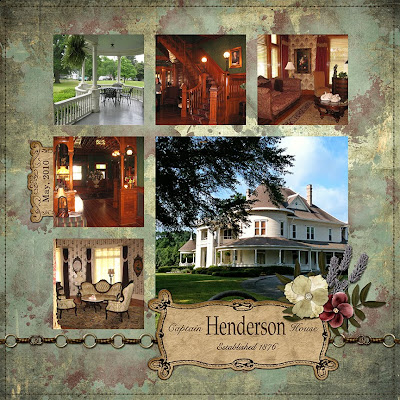 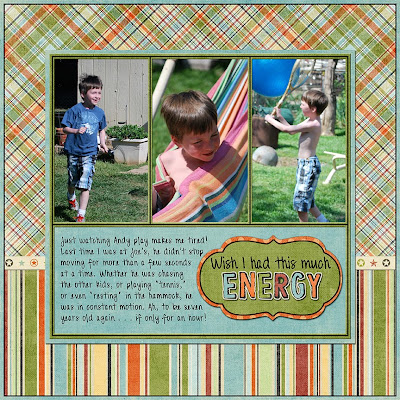 Wildflowers along the highway between Oklahoma City & Dallas: 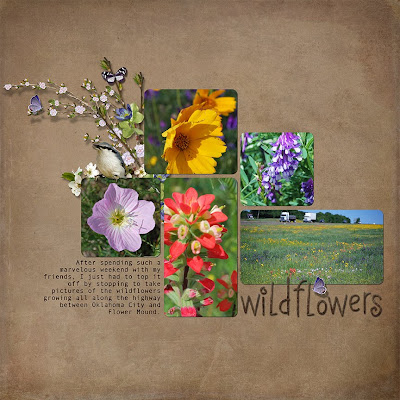 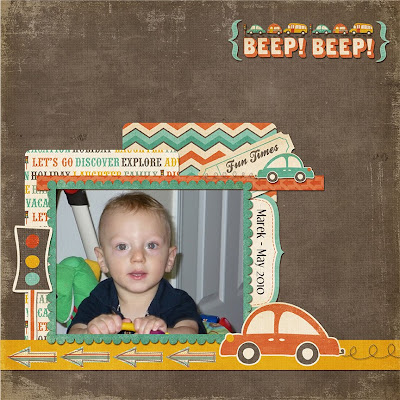 Fire in the Hole! 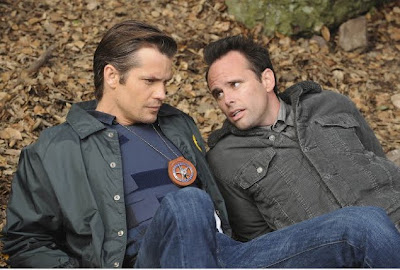 I never thought of that as a phrase I'd find popping into my mind repeatedly, like some commercial ditty you get stuck in your head & can't get rid of. But that was before Jann got me hooked on the FX series "Justified", which - much to my dismay - ended its first season tonight.

I'm pretty sure I've never been captivated so quickly by a t.v. show before, and I can't really tell you why it grabbed me so fast.  It's actually based on a short story by Elmore Leonard called, appropriately enough, "Fire in the Hole."  The show's pretty dark in many respects, but it's also funny, fast-paced, and extremely well-acted . . . and I am in LOVE with it!  Kind of like I'm in love with U.S. Marshall Raylan Givens (Timothy Olyphant) and even begrudgingly with white-supremacist-turned-man-of-the-cloth Boyd Crowder (Walton Goggins).  They are arch enemies and about as different as can be, yet they have an awful lot in common (most notably their ass-hole fathers), and IMHO the scenes they do together are mesmerizing.

There are plenty of other colorful characters populating the rural Kentucky landscape in this series, but the out-and-out stars of the show are Olyphant & Goggins.  No surprise on the Marshall (although he just keeps getting hotter & hotter each week).  But I doubt anyone suspected early on how compelling a character Boyd would become (for anyone who hasn't seen the show, he just happens to have hollered "Fire In The Hole!" more than once this season and got it stuck firmly in my head.)  I'm certainly no expert on acting, but I absolutely believe that Goggins should win an Emmy for this series.  Actually, there's a whole host of writers and actors who deserve awards for the show, but if Goggins doesn't get one, I think maybe Boyd Crowder should pay a little visit to Hollywood & take his rocket launcher with him!


Well, I'm running really far behind this morning . . . headed out to the Great American Scrapbook Convention with Milli - to see if I can find another way to spend some of Dave's hard-earned money.

Meanwhile, it's Jay's birthday & I wanted to take just a minute to remind everyone and to post this layout I did for him.

HAPPY BIRTHDAY, JAYBIRD!  Hope you have an absolutely fantastic day . . .


Click to enlarge. (All elements from "Celebrate" by Elise Hansen at The Digichick)