. . . for those of us who suffer from occasional (or even frequent) feelings of inferiority.

Okay, I'll warn you now that this is a TOTALLY frivolous post, but I was directed today to an internet site that ended up occupying way too much of my time.  You know - that "like watching a fire" thing.  In any case, I came away feeling a whole lot thinner, more attractive, and smarter . . . and I think that's a good thing except for the fact that I also feel like I need a shower.

I'm not including any pictures in this post . . . if you're interested in spending a little time surfing the net in a non-productive way, you'll get plenty of those without help from me.  (Plus, I would never have been able to decide on which one(s) to use - so I'll let you pick your own favorites.)

And, if you don't get your fill here, this site also has plenty of other links so you can visit even more sectors of the Twilight Zone.  Meanwhile, here is a link to illustrate why I don't generally "do" Walmart:  People of Walmart.  You can click your state to see selections from there, or you can sort them randomly, or whatever.  I'm sure that, like me, it won't take long before you resolve to NEVER do Walmart . . . unless, of course, you're a masochist - or are perhaps trying to get your own photo published on the internet.


Okay, I know I've been on hiatus for way too long now, but I think I'm about ready to begin posting again with a little more regularity.  This summer has been chocked full of all sorts of stuff, some good & some not so much - but I'm pretty sure things are falling into place enough that you'll be seeing a little more of me.

There have been at least a hundred things I've considered blogging about over the past 6 weeks, but I just haven't been able to get up the gumption.  Unfortunately, I've dropped the ball on a host of birthdays, anniversaries, etc. - and to those of you who got skipped, I apologize.  That certainly doesn't mean I love you any less - just that I've been a little extra flaky lately.  Mea culpa . . .

One reason I don't get more accomplished is because I get sidetracked sooooooo easily - I'm forever starting out on one path & finding myself hours later somewhere on a road 5 counties away.  Well, the latest thing I found intrigued me so much that I just had to blog about it. 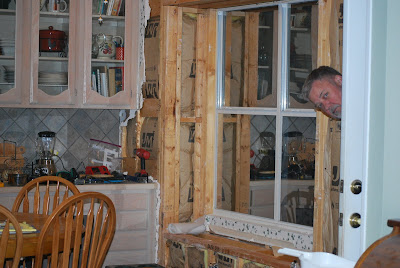 A quick bit of background . . . Dave & I are in the process of remodeling our kitchen.  Of course, like everything else we do, it's gonna take forever & we'll change the plan a dozen times before we're finished.  It all started out because I thought a French door leading out onto the patio would be cool.  Sounds relatively simple, right? Well, not when it's us - the King & Queen of Scope Creep!  Anyway, right now we're in the demo mode & researching our options for countertops, flooring, and appliances. In our travels through the ninety gazillion things you can find online about kitchen appliances, we made a discovery tonight that prompted this post.


Did you know that they make refrigerators and ovens with a Sabbath Mode?
According to Wikipedia,
"Sabbath mode . . .  is a feature in many modern home appliances, including ovens and refrigerators which is intended to allow the appliances to be used (subject to various constraints) by Shabbat-observant Jews on the Shabbat and Jewish holidays.
Jews are forbidden from doing creative work on the Shabbat. Observant Jews interpret this to include doing things such as making a fire, preparing food or even closing a switch or pressing an electronic button."
(If you're interested in reading more, here's a link:  Wikipedia/Sabbath Mode.)
But the reason I was prompted to write about this is that I'm puzzled.  Mind you, I'm not even remotely anti-Semitic & I certainly don't have a problem at with these features being available - I just don't understand WHY!  It seems to me that if you're that strict in your observance of the Sabbath, you probably don't need an appliance to help you follow the rules.  It's not like if you were Jewish you wouldn't know it was Saturday until you tried to cook something & the oven wouldn't cooperate!

Anyway, I was so fascinated by the whole concept that I just had to mention it.  I'm really interested to find out if other people have heard of this & I've been living on another planet, or if it's news to everybody else too.  At least it wasn't one of those factoids that Dave already knew about but failed to share (he has an amazing inventory of information he keeps stashed away for just the right moment!) But, he had never heard of Sabbath Mode either, so neither one of us understands why you'd need that on your Kitchenaid or why they have Braille on drive-thru ATMs.   (Hey, I'm not prejudiced against blind people either, but I hope there aren't that many people actually driving around who need to read by Braille.  I think the roads are plenty dangerous enough already!)