To you expectant parents out there (you know who you are, but I'm not gonna be the one to announce it to the whole world!) . . .

Received this picture in an email yesterday - it's several years old, so you may have seen it before - but I hadn't.  I loved it so much that it inspired me to start saving up for gifts . . . not just ones for the new arrivals, but a little something for their older siblings.  See if you can guess what the "big kids" will be getting from Dave & me!! 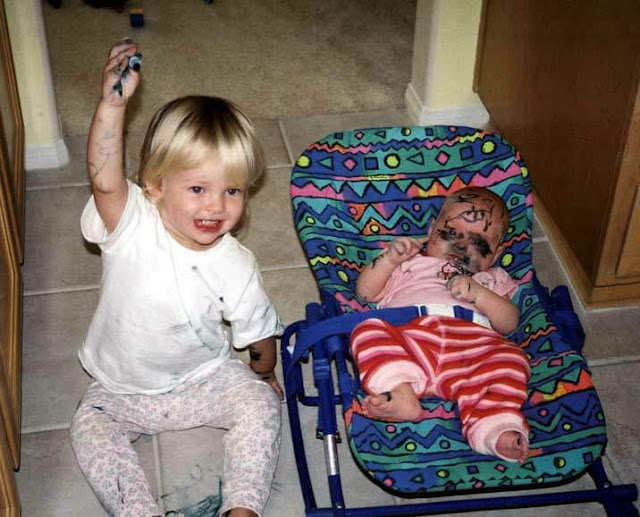 I'm sure you can't wait for Grand Pee/Auntie Buttons/or whatever it is YOU call me to arrive for my next visit!!


Eventhough it's traditionally the first day of Spring - and I DO love springtime . . . I've dreaded March 21st for forty years now.  It was a gorgeous Sunday morning (and the first day of Spring) when Momma died so unexpectedly in 1971, leaving a hole in our hearts that will never fully heal.  Even after all these years, I'm inevitably in a sort of funk this time of year & it usually takes me a few days to figure out exactly what's going on.

This year seems to have been extra weird . . . very much like a roller coaster ride, or maybe I'm just being more "sensitive" to things for some reason.  There have been some bright spots . . . Lara's feeling quite a bit better, we're making some good progress on the kitchen, and Dave & I went to a totally delightful party at Paul & Milli's this weekend to celebrate their anniversary. Heck, Amanda even came to visit the other day, and that ALWAYS makes me perk up.  Most of all, though, I've been soooo looking forward to Jann coming to visit today . . . we were planning to go see Mary & crew in Houston and maybe even drop in on Sue for a little visit with her.

But I should have known something was a little extra squirrelly this year when the earth's axis shifted, our sprinklers came on by themselves in the middle of the night (and chose to water only one station), I had a toothache in the place where I had a root canal done 35 years ago, and my hip started aching like I'd been hit with a sledge hammer!

Then, the coup de grace . . . we decided yesterday (that blasted March 21st!) that Jann isn't coming to visit after all! She has some sort of respiratory-sinus-or-some-combination-thereof infection, and Mary & I actually discouraged her from coming. Since it's barely been six months since she was hospitalized with double pneumonia, I'm thinking it wouldn't be wise of her to get on an airplane filled with who-knows-what germs only to spend the next week wearing herself out and ending up sicker than ever. Besides which, Mary begrudgingly admitted that her back was hurting so much that she's been going to physical therapy for a couple of weeks . . . and my hip hurts so much that I'm actually going to make a doctor's appointment!  So, we would have been quite the interesting trio traipsing around Houston like three little old ladies about to keel over any minute . . . AND trying to keep up with a 13 month old baby in the process.  It really is hell getting old, but we'll all rebound soon and will just reschedule the trip for later - we're not THAT old!!

Meanwhile, I haven't scrapped in probably a month & I do believe I need some creative therapy to get myself back on track!  I certainly won't find myself short of motivation . . . besides the monthly portfolio at Sweet Shoppe, Scrapadilly's March crop is in full swing. This month, we're "Scrappin' It Green," and - as usual - Drea has come up with plenty of terrific challenges.  I was disappointed that I was going to miss all the festivities, but it looks like I'll be able to take part after all.  I guess that's the silver lining to this cloud of disappointment I'm standing under right now.


Unfortunately, too many of you already know this from first-hand experience. For those of you who don't, I hope you'll never have to find out find out just how difficult it is.

The need for tough love has loomed a little too large recently in the lives of those I love.  There are all sorts of behaviors that require intervention before someone self-destructs.  When you know someone you care deeply about is struggling, the normal response is to offer love & support to help them through their crisis.  But how do you know when that crosses the line and morphs into enabling?   You just plain don't.  But there comes a point when you realize that you have to stop giving them anything more than your unconditional love.   They'll be hurt and feel betrayed and probably even hate you (at least for a while), but you love them enough that you're willing to let them hate you if that's what it takes to help them help themselves.  Because ultimately, they're the only ones who can do that.


Oh my goodness, where DOES the time go? I swear it was just a few months ago that I first met a little fuzzy- headed cutie pie BABY named Andy . . . now all of a sudden, he's EIGHT YEARS OLD! How in the world did that happen?!

Here's a layout I did a few days ago to celebrate his upcoming birthday - and despite my best intentions, I'm barely getting it posted while it's still the actual day. I suppose it's better than being late altogether . . . 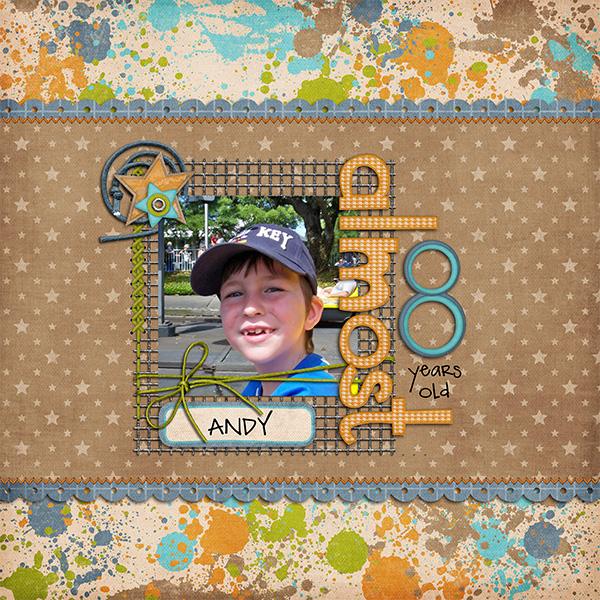 Anyway, little man, I hope you had an absolutely marvelous birthday and got to do something extra special to celebrate being so grown up. Uncle Dave & I love you so, so much and hope to see you again VERY soon!! 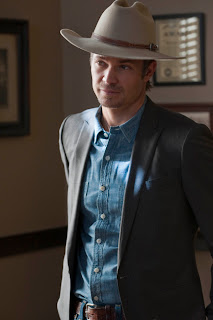 My favorite line from this week's episode of Justified . . . from the very H.O.T. Marshall Givens his own self:

Dave & I both cracked up when he said that and had to rewind to catch the part we missed while we were laughing so hard.