Where In The World Have I Been?

Yeah, well we're all going to pretend that it hasn't been OVER A YEAR (ARGH!!) since I've made a post to this blog.  All manner of excuses, of course, but two chiefly:

#1 - Some sort of Blog Poltergeist came in & messed around with the settings, and the format was all screwy, pictures were missing, etc., etc..  Despite my best efforts, I wasn't able to get it fixed back to the way I wanted it & every time I even thought about doing a post, I'd get frustrated & do something else instead.  Finally, today I decided to trash the entire thing & just go with a simple Blogger template . . . maybe someday I'll "fancy it up" a little, but for now at least I can write a little something every now & then without getting totally aggravated!

#2 - The main reason I haven't taken the time to mess with the blog is because I've been busy with more important things for most of the past year.  When I last posted, we were getting ready for the arrival of the most adorable child ever . . . and since he was born last July, I've been lucky enough to be his daycare provider :-)  I haven't even scrapped but a couple of times in over a year, but I did take time to throw together a couple of collages just to illustrate what's been occupying my time & energies lately.  Among other things, I'm woefully behind on uploading pictures to my computer - so these are just a few "older" (all from 2011) photos of His Majesty: 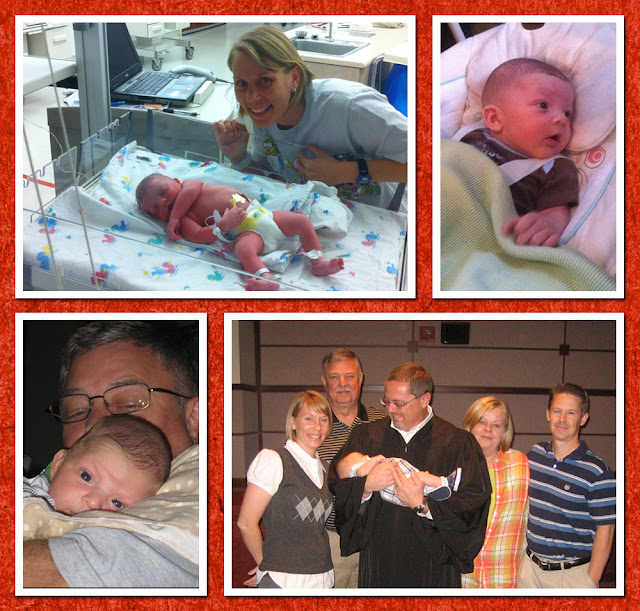 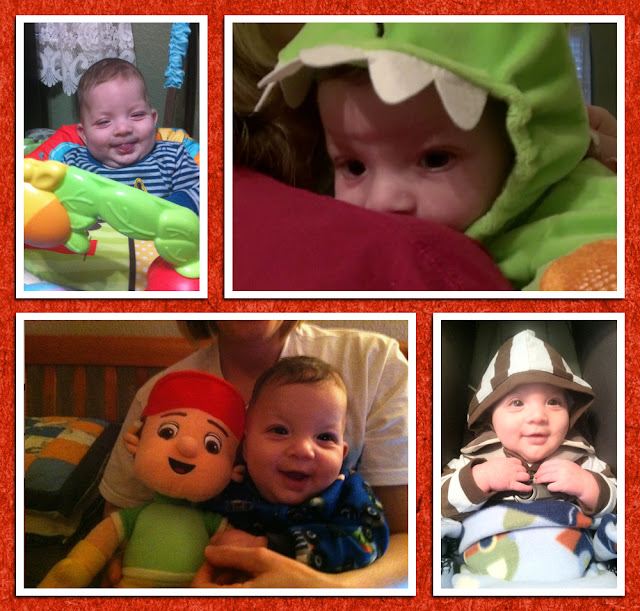 Hi Dee, So happy to see you are posting again. Love to catch up on your happenings. Enjoy that baby boy, he's a doll.